Long time no see! Haven’t written for awhile, because of many things… back problems been causing problems, work have kept me busy.

Moved to Kellokoski from Tampere on March, living together with my girlfriend Johanna and her two swedish vallhunds.

Well, Tentsile Tony Tavi wanted to have an hammock meeting at Verla, whick is a small town near Kouvola. Verla is one of the Unesco heritage places, old groundwood mills are from 1893.

Hugo Neuman build the first mill in 1872, but it burned down in 1876. Owners couldn’t afford to build a new one, but austrian Gottlieb Kreidl, german Louis Hänel and finnish Wilhelm Dippell build a new mill in 1882.

Unfortunately, this mill was vuild from wood and burned down again in 1892. It was build again from bricks and was operatioal again in 1893.

Mill started to be old fashioned and too smallin 1930sand was shut down completely in 1964, because of delivery and financial problems. Back then it was already called museum and it got museum status in 1972.

1992 it got Unesco Heritage status.

Early february, dates were settled and meeting day was 17th february. Since i spend most of my time in Kellokoski, i took Sanders and Heljä with me from Järvenpää.

Took an hour to drive there, weather was perfect! I had problems with my eyes, so Sanders was ready to drive if needed. We stopped shortly in Karisma mall at the Lahti, where Niko joined us.

Verla is a beautiful small village indeed! Tony showed us a place where to park, since the parking area was covered in snow. Seems that this works only in the summer time as tourist attraction.

He also booked us a sauna, some samples of hiking food and we had a small cottage in use if needed. 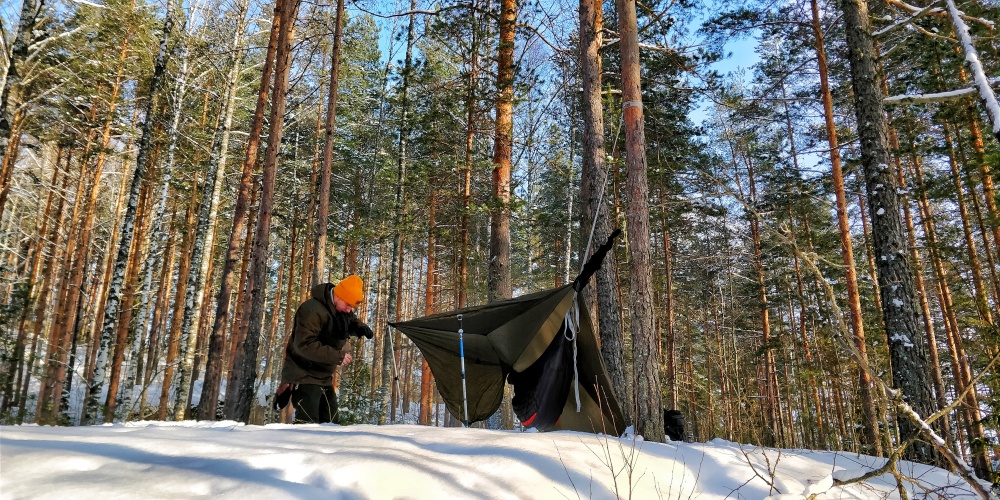 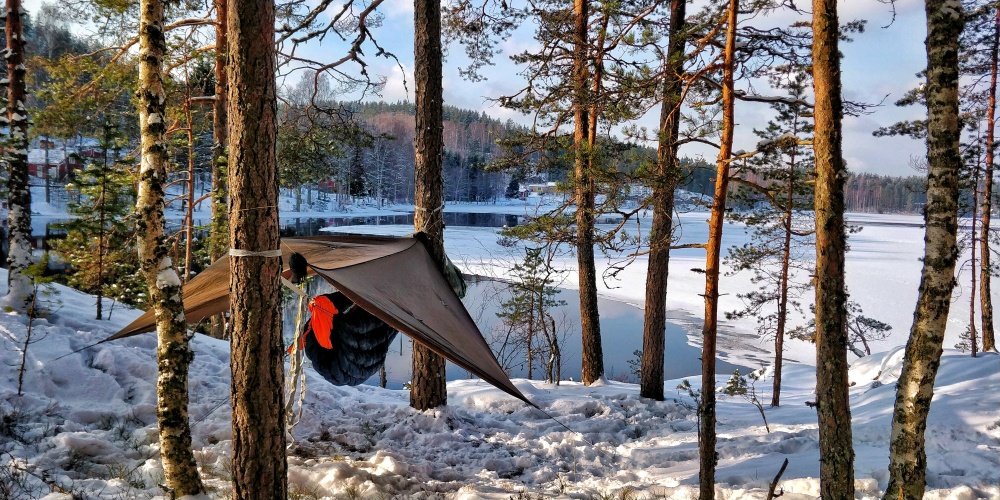 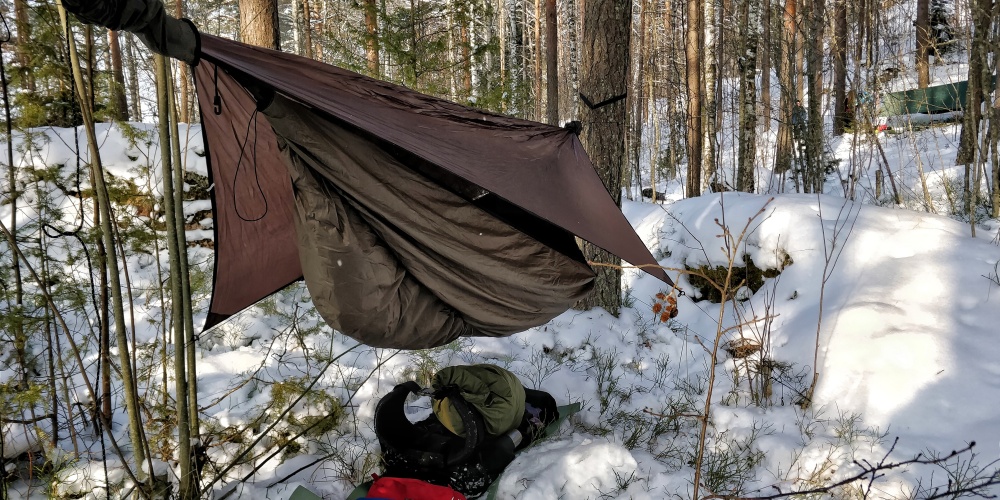 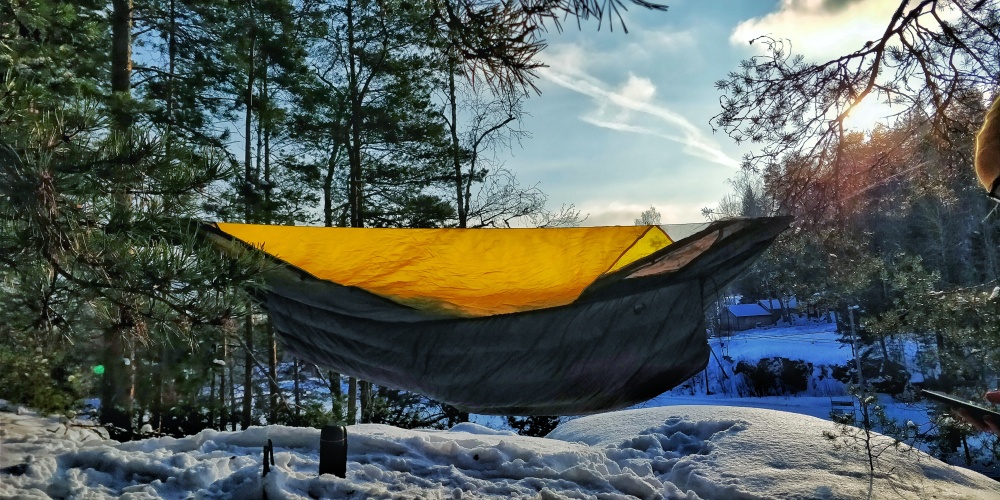 Slowly during the evening, other hangers arrived and found their spots. Since we were the first, we got the places with the views.

There is not much to tell about meeting itself, we had good food and great chat whole day. Some were a noobs with hammocks so we told and show them new tricks. Specially with tarps. 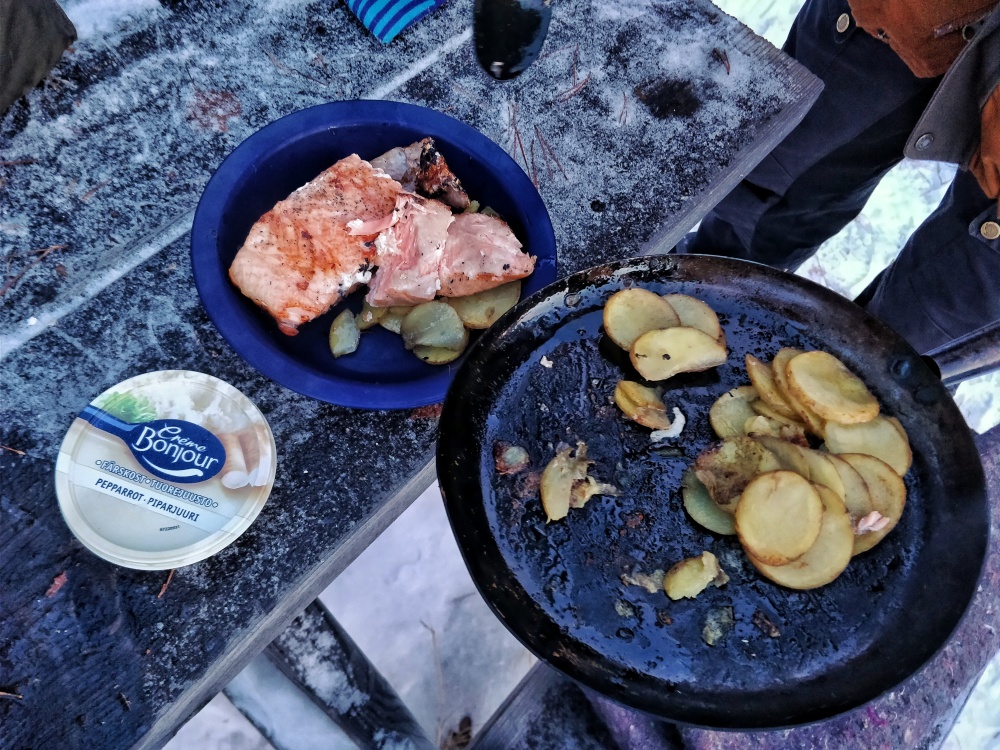 Niko had a new 0 degree underquilt and topquilt set from Sierra Madre Research. Had cold back during the night, but most likely underquilt wasn’t set well.

We went for a walk in the late evening before the sauna. There was a small pub in the village, were we decided to have a drinks. Funny enough, there was a bingo night!

Later we had good time in the sauna, after that spend some time in the campfire. Went to sleep around 10 pm. 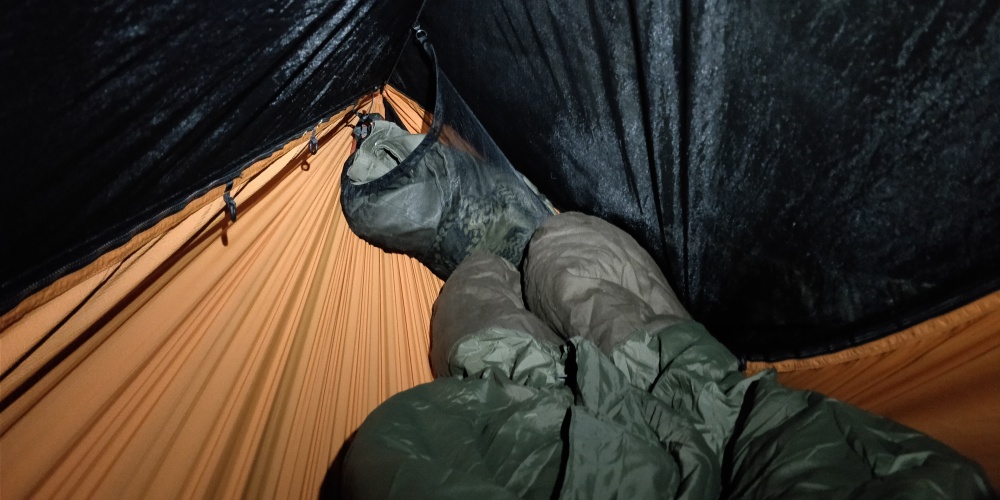 Morning was gray and i didn’t sleep much. My eye felt bad and had a chat with doctor in the morning. Later i found out that i had some bad damage in the eye cornea. I have dry eyes and sleep apnea mask have most likely caused it. Also later i got more bad news, corneal degeneration. Well, future shows if it goes bad, i have a medication for it now. 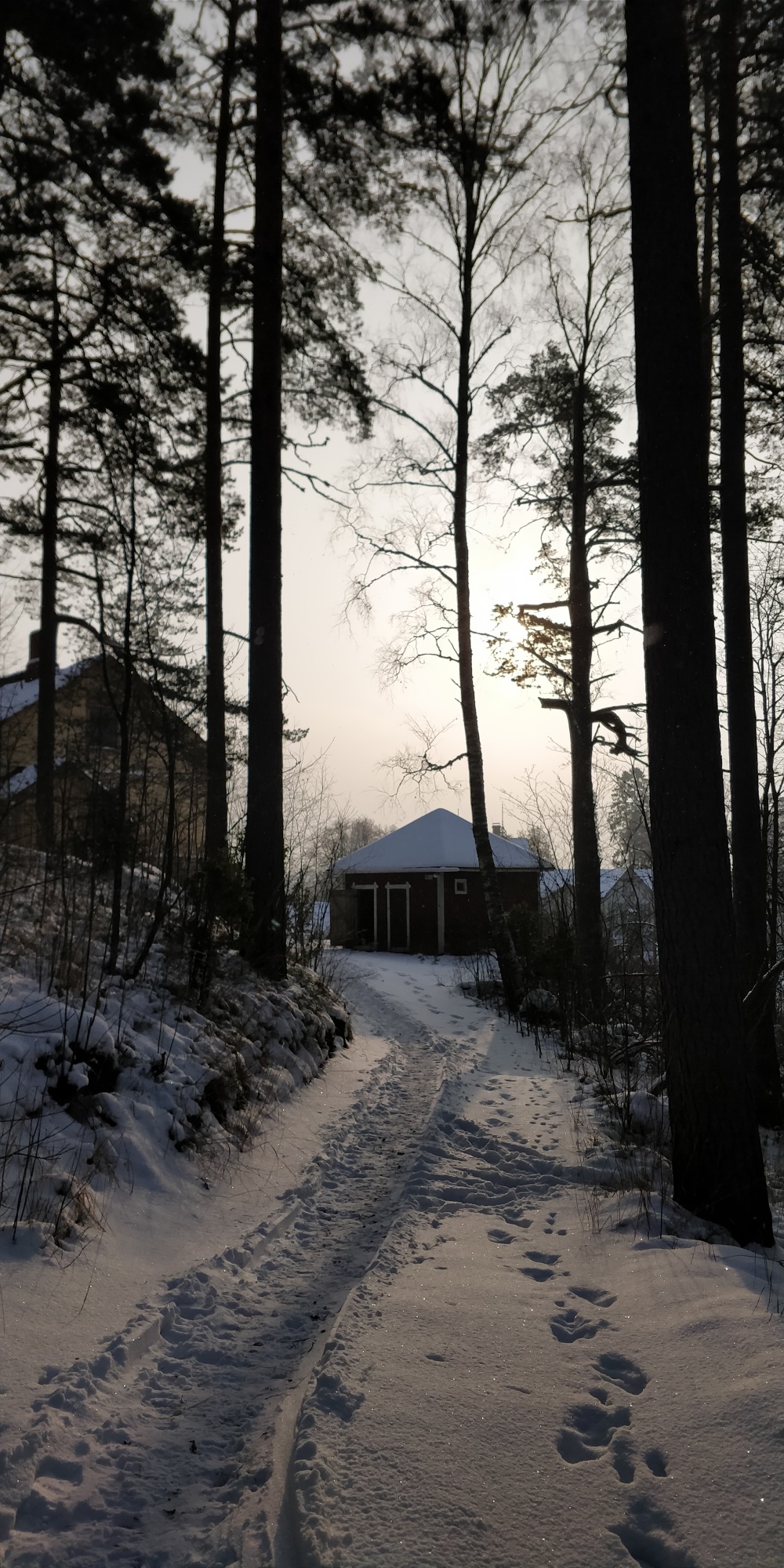 Breakfast and and soon we started to pack our gear. All had warm night behind and were happy about nice meeting.

We left around 11am, Sanders was kind enough to drive us back home.

Verla is a beautiful place and i plan to visit there again in the summer. There is some hiking trails and other sightseens with beautiful forests nearby too, so lots to see!

Thanks for reading, enjoy your hikes!